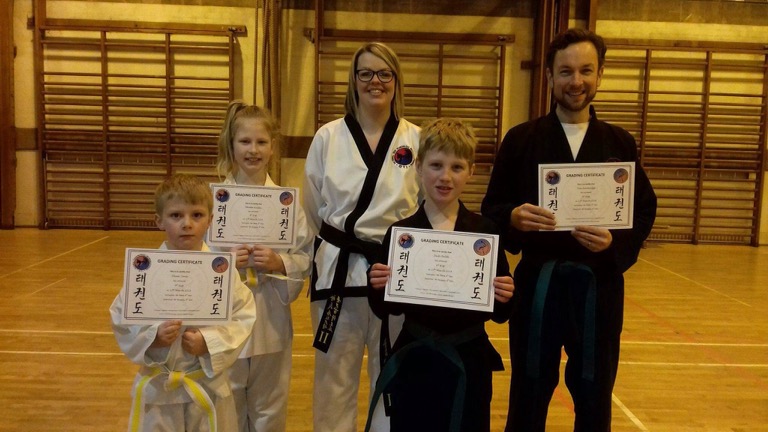 Four of our students have passed the latest colour belt grading.

Sixth Degree Black Belt Mr Burgess travelled from Wells to Bridgnorth to conduct the grading, which was held at Bridgnorth Leisure Centre. Tom passed with an overall A-grade, showing consistent performance above the expected standard for his stage in the taekwondo journey. Jack was ill on the day but turned up, tried hard and showed us his best ever martial arts. Phoebe and Oliver passed their first gradings with flying colours too. Phoebe has only been training since January and Oliver is the first student to graduate from Mini Masters to gain a yellow stripe. The first of many, we know!

Mr Burgess also praised our three black belts who were put forward for assessment, saying he was “pretty impressed” and that the black belts performed at a “very high standard”. Well done everyone!