Bridgnorth Tae Kwon-Do’s Instructor Gary Plant started his martial arts career in 1986 at the age of ten. He joined a Kung Fu class in Bridgnorth, Shropshire, and continued to train for three years, gaining a purple belt.

Mr Plant has practiced Tae Kwon-Do since the year 2000. A dedicated, self-motivated and focused student, Mr Plant has been awarded a ‘Student of the Year’ award by his own instructor, and has participated in numerous national competitions.

Mr Plant has shown determination and technical skill in order to achieve his 1st, 2nd, 3rd, 4th and 5th Degree Black Belts, along with his Instructors Certification, Umpiring and Refereeing qualifications. Mr Plant is currently training towards his 6th Degree Black Belt in Tae Kwon-Do. 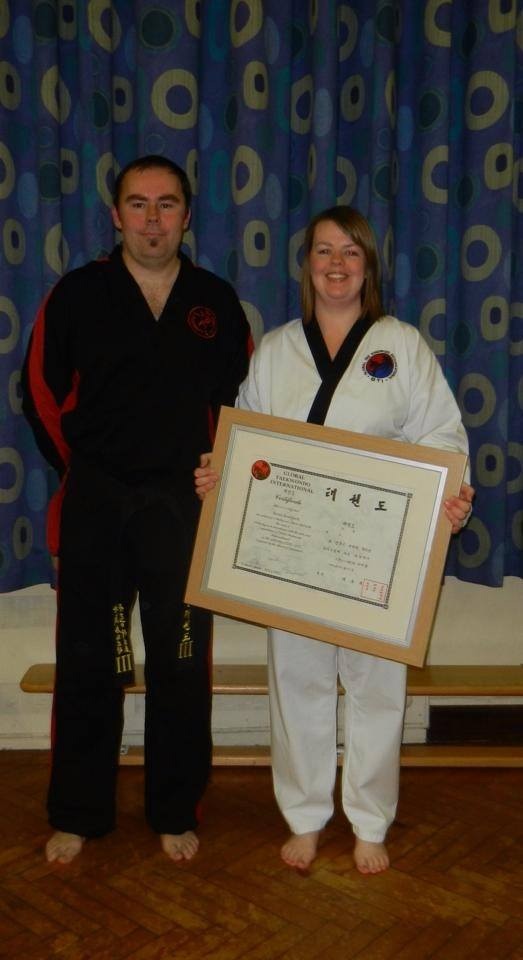 Anna Bradford started learning Tae Kwon-Do in 2007 and was promoted to 2nd Degree Black Belt in October 2014. Miss Bradford is a silver medallist in continuous and point-stop sparring and a dedicated student. Her teaching role at Bridgnorth Tae Kwon-Do  started shortly after the birth of her daughter and initially was to ensure that all new students have a sound grasp of the techniques, etiquette, and ethos of Tae Kwon-Do. Her role has since developed into teaching the entire syllabus; although her focus remains with the junior students.

If you are interested in joining us at Bridgnorth Tae Kwon-Do, please contact us or come along to observe a lesson to arrange your free trial.