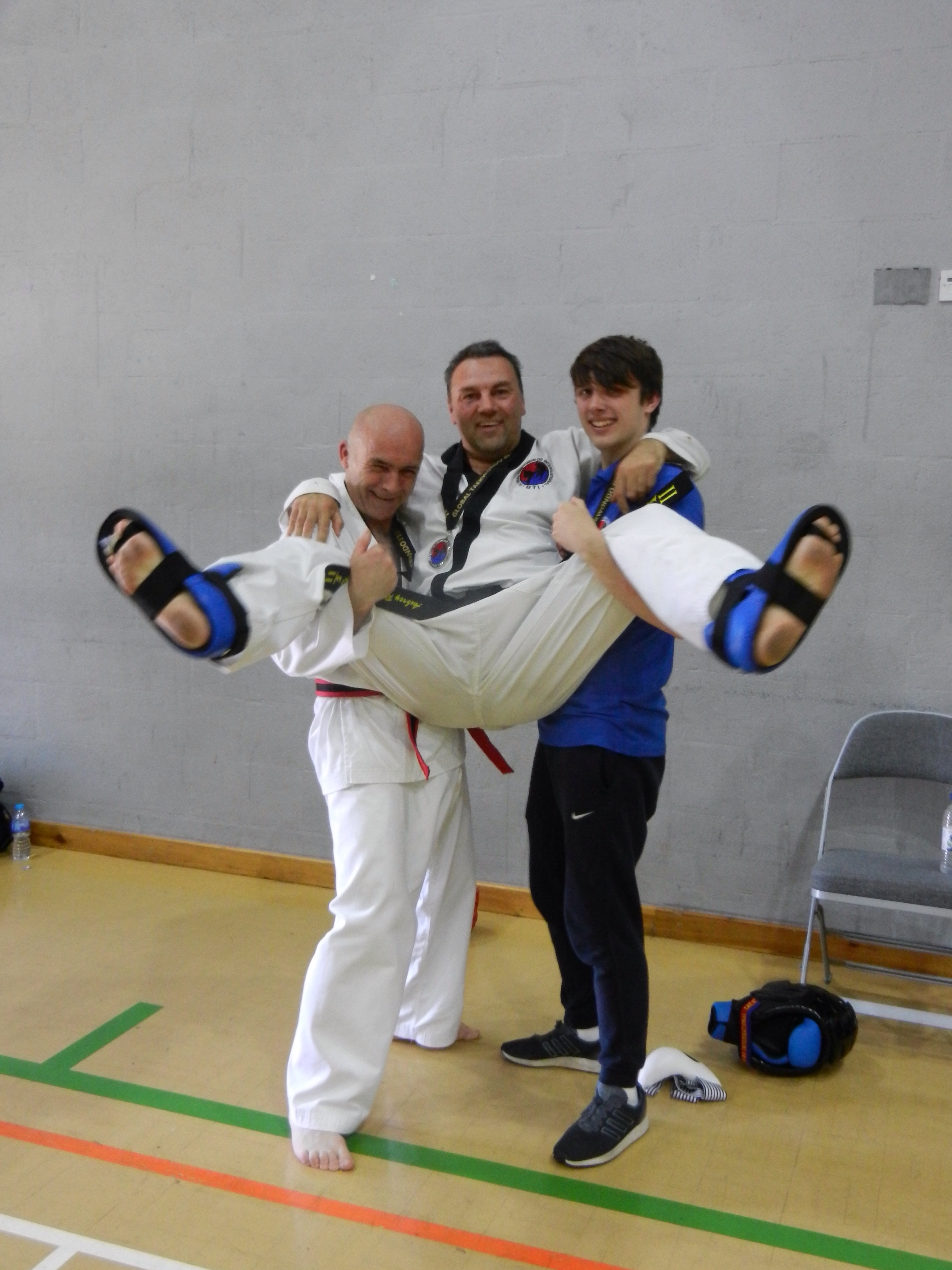 Yesterday saw the second GTI North West Open, held in Liverpool, and five of our students competed. Jack led the way with a commendable patterns score of 13, only one point away from the medal winners. Disappointing for Jack but progress nonetheless and hopefully a source of motivation for next time! Jack’s sparring also showed good progress but lots of punches from his opponent drew Jack into a close boxing-style fight. Jack will continue to work on tactics in his training to feel confident in how to escape from the punch-heavy fights – finding space and leading with the legs.

Harry hasn’t competed for a while but showed good spirit with an explosive pattern that scored 16. The gold medal winner scored 18 so you can see Harry wasn’t far off! In his sparring Harry was also in a punch-dominated fight with his opponent warned to stop using swinging punches. Harry showed experience and tactics by using a lovely retreating side kick. Harry also showed a very technical fight with excellent use of kicks.

Well done to Jack and Harry – you fought fairly, and are truly coming on in leaps and bounds. Keep it up! Everyone experiences disappointments along the way but if you decide to, you can turn them into a positive ?

On to the adults (or almost adults!), who spent the majority of the day time keeping, scribing and umpiring. Jake and Aubrey chose not to compete in patterns and Dave, having had little chance to prepare on the day, rushed on to the ring after trying to find a missing competitor. He has a kind heart but next time he assures me he will focus on number 1!

Jake sparred first in the black belt category. He won his first fight and made it look effortless – but Jake used the appropriate speed and techniques to win the fight without using all his energy. The second fight, against another GTI Squad member, was 2 minutes long, 1 minute rest and another 2 minute round. An excellent display from both competitors and a very well deserved gold medal for Jake!

On to the men’s veterans category. Dave, with a significant height disadvantage, was certainly no underdog and came away with another gold medal for his collection. Aubrey was a close second taking silver in the Bridgnorth TKD v Bridgnorth TKD final! A lovely position to be in, but who are you supposed to root for?! Both showed excellent tenacity, grit and determination and both tried to lead with their feet.

Well done to all of you, your results speak volumes of Mr Plant’s tuition. Back to base tonight with lessons learnt and more work to be done.

Learning from the best

Happy birthday to us!