At the end of May, Bridgnorth Tae Kwon-Do sent a team of seven to the GTI National Open. They ALL came back with a medal which was absolutely fantastic!

– Last but not least Jake Round, bronze for cadets black belt sparring – beating a GTI Squad member along the way! We have high hopes for Mr Round!

Huge well done to everyone who competed, and thank you again for representing Bridgnorth Tae Kwon-Do!

Student of the Year 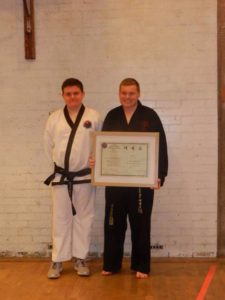