Just realise I haven’t ‘blogged’ in a while but we have enough news to make up for it! I also have a good excuse as we’ve been so busy!

In the last two months Bridgnorth Tae Kwon-Do has gained:

– silver and bronze medals from the UTIW Welsh Open

– 4 gold and 4 bronze medals from the GTI British Championship 2016.

Firstly on October 9th Dean Lewis was promoted to 2nd Dan after unanimously impressing the grading panel at the Black Belt Grading at Master Sewell’s Academy in Derby. The grading day was the culmination of many, many hours training and revision. Dean sailed through!

Meanwhile on the same day David Rowley travelled to Cardiff to compete at the UTIW Welsh Open. The only student from GTI to do so, Dave had a tough challenge without the support of team mates or coaches. This clearly wasn’t an issue though as Dave fought tough, heavy international competitors and came away with both a silver and a bronze. Talk about indomitable spirit!

At the end of October, Mr Plant hosted an Umpires Course for our club members and this was supported by Chris Murr, Dan Murr, Aubrey Round, Jake Round and Tammy Lewis. The group said they found the course useful and insightful. Chris and Dan put their training straight into practice at the GTI British Championship on November 6th.

This was a massively successful day for Bridgnorth Tae Kwon-Do, with a huge haul of medals won! Aaron, competing for the first time, won his first ever fight with a score of 5-4. He was confident and followed his techniques up to great effect. He won bronze for point-stop sparring. Jack has competed before but only in the patterns category. He also performed well in his sparring debut, especially as the first real ‘hit’ during sparring always comes as a bit of a shock! Jack was awarded a well deserved bronze and we hope he will compete again to build upon this experience.

Harry was unlucky and disappointed not to place in patterns or sparring, especially after showing a good pattern and improving his stances significantly. Keep training hard Harry and the medals will come! For now, the experience is making you a much better student! Perseverance.

Dylan is a novice sparrer at competition level but he also managed to win a bronze, showing much improvement in balance, guards and height of kicks. As usual he was cool as a cucumber!

On to the adults and both Dave Rowley and Tammy Lewis bagged medals for patterns. A patterns medal is always hard earned because it takes technical ability, precision, control, and at the same time lots of power! Dave won bronze and was extremely happy with his first GTI patterns medal. Tammy performed a beautifully controlled Joong-Gun which won her a gold!

Luke had unfortunately sustained an injury but spent the day time-keeping and scribing.

So injuries aside, pretty amazing!

Thank you all for your loyalty and dedication to training. It is reaping serious rewards! 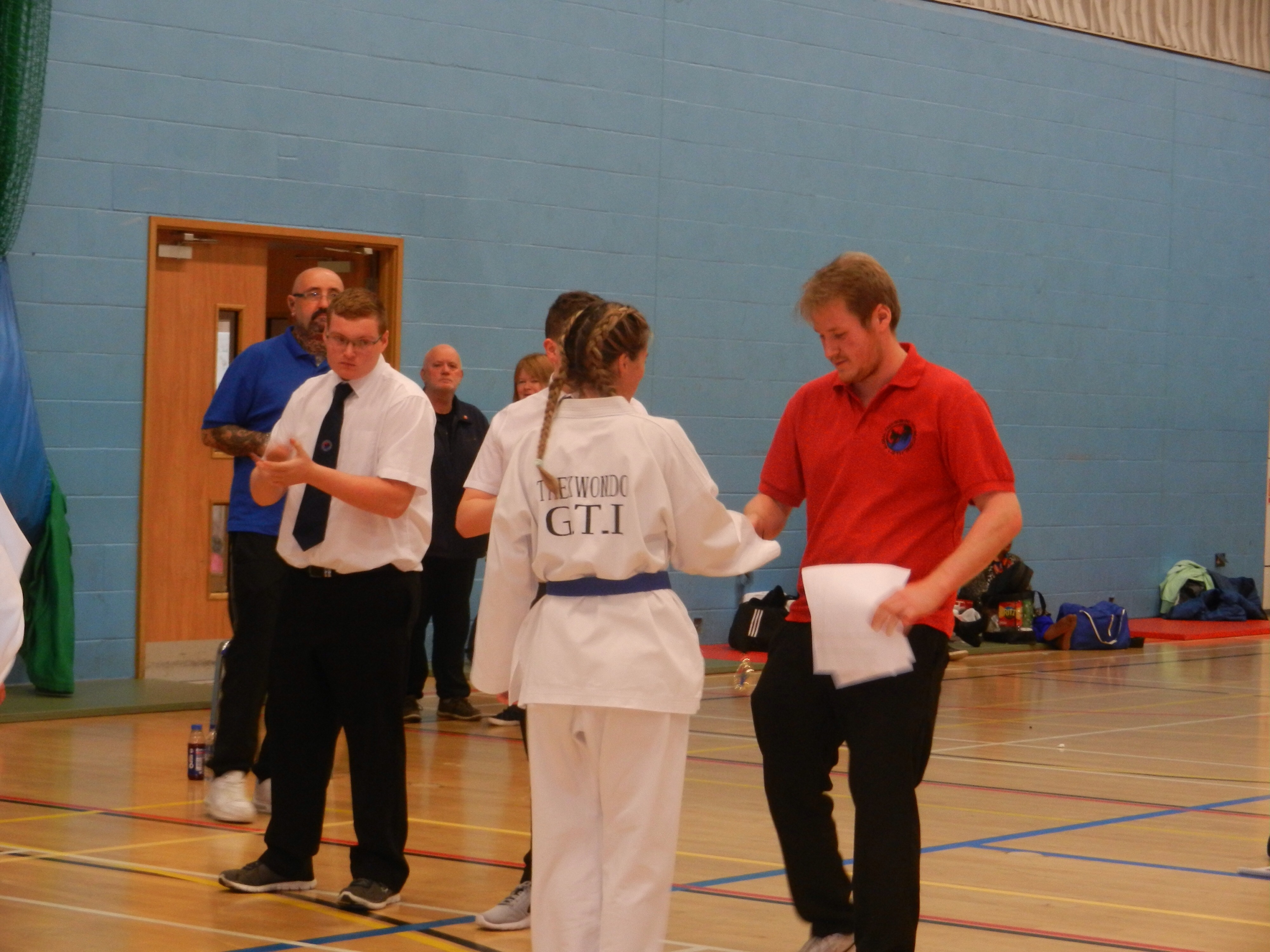 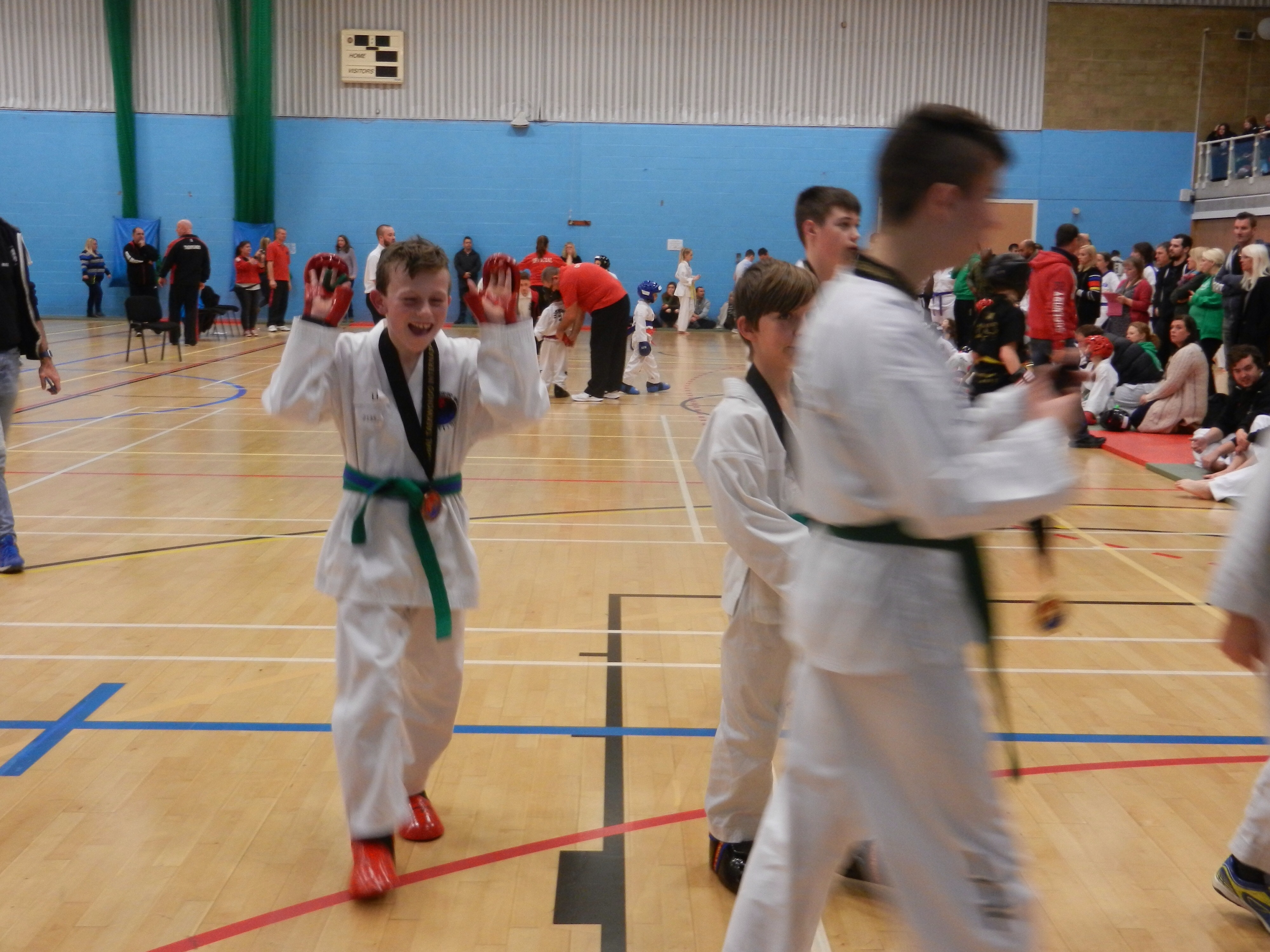 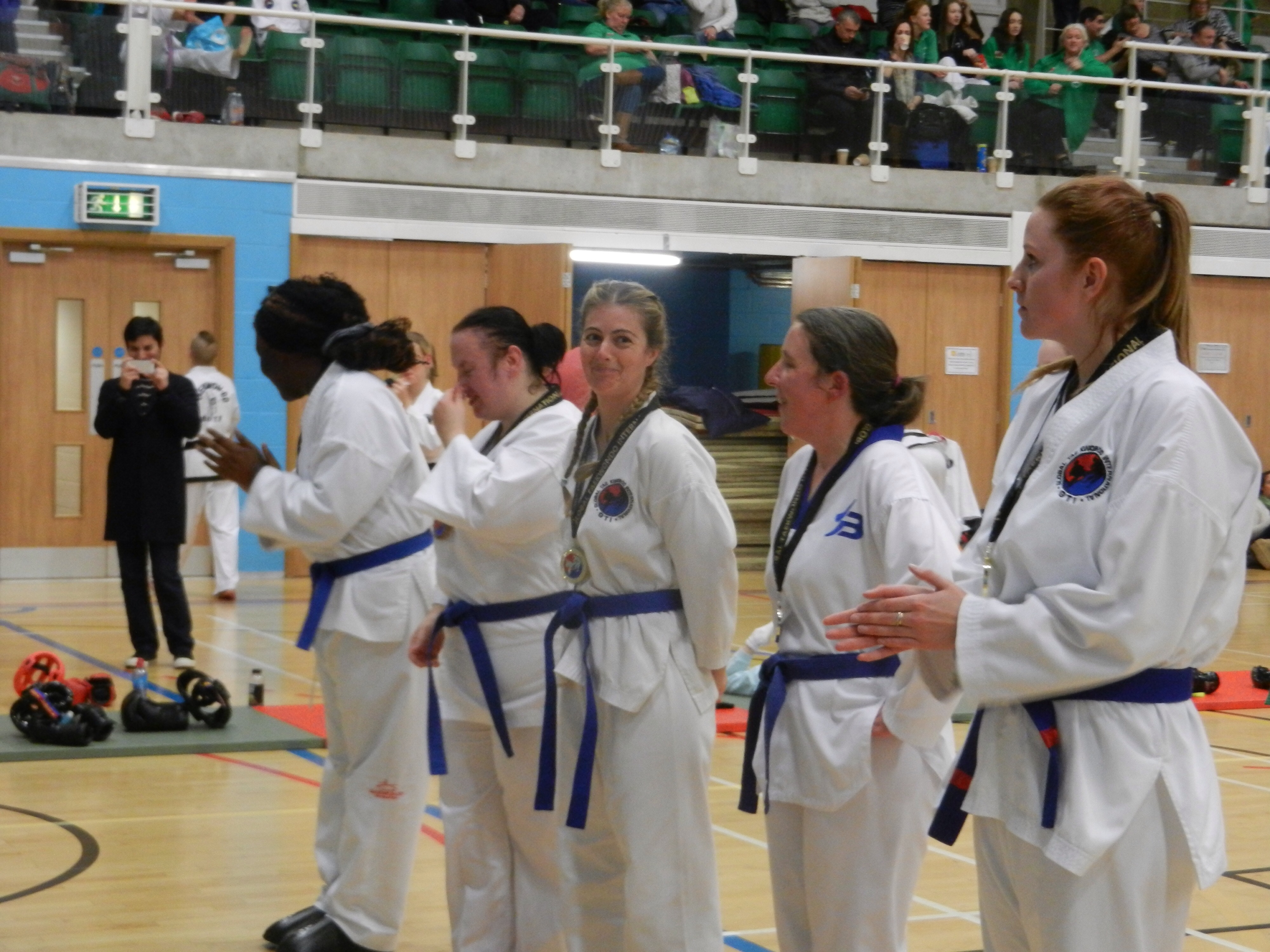 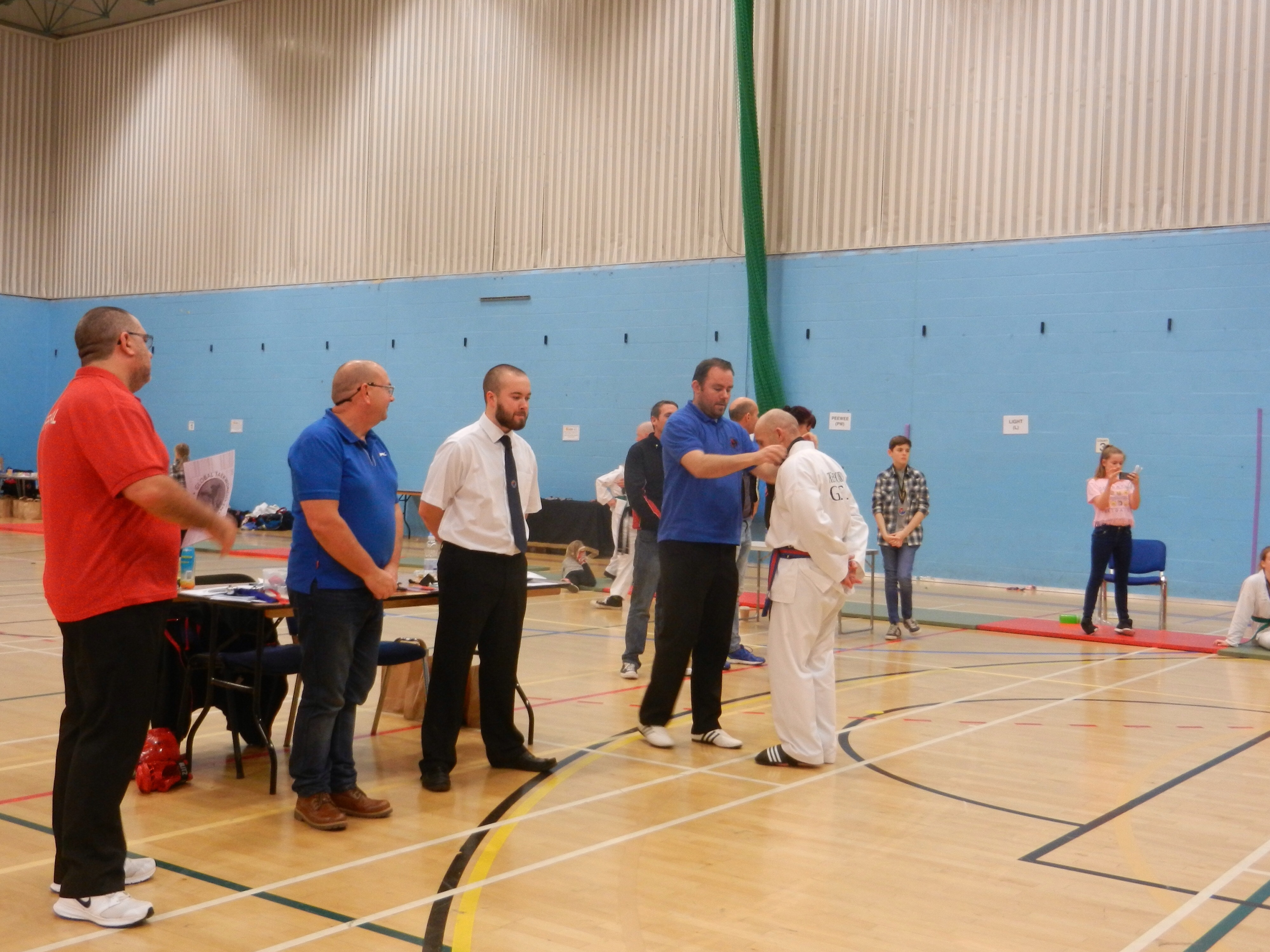 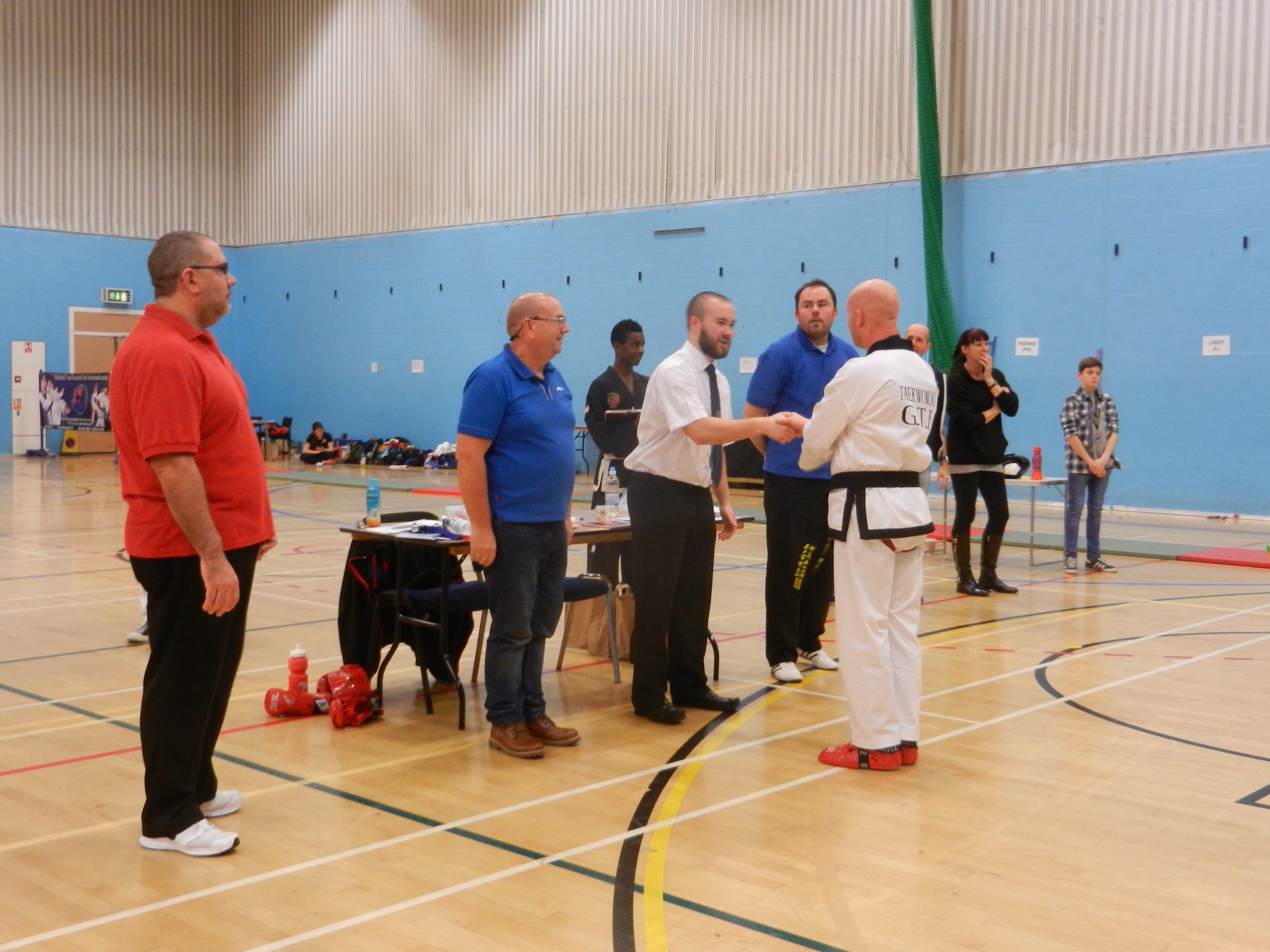 What to expect at your first grading